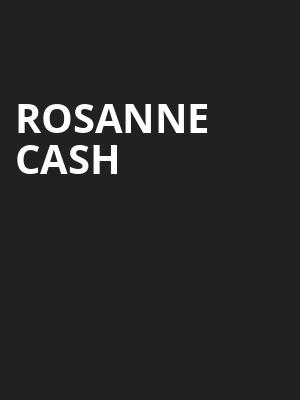 The music was often calm but never complacent; it was centered, as if it had found its home.

She may have a legend for a father, but Rosanne Cash is iconic in her own right. As a Grammy-Award winning singer/songwriter, she has forged a career on her own terms for over three decades. Exploring the country that belies her roots, but also finding success as a crossover artist, taking folk, blues, and gospel influences and winding them into an incredibly strong back catalog.

In March 2014 her record 'The River & The Thread,' was released, her first album in four years. It was met with widespread acclaim, winning three Grammy Awards and cemented her status as a respected American artist.

Besides music, she has taken on authorship, penning a series of children's books and is passionate about her charitable works.

Sound good to you? Share this page on social media and let your friends know about Rosanne Cash at Asbury Hall.