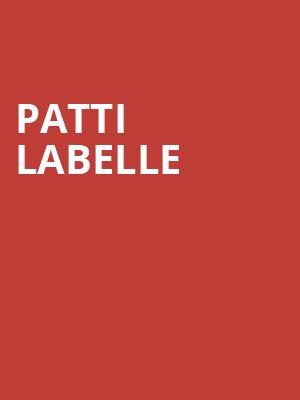 ...When she sings is a powerful, fierce diva who brings energetic and enormously fun shows to a still-growing number of fans.

THE GODMOTHER OF SOUL AIN'T SLOWING DOWN YET

Having spent over 50 years in the music business, Patti is more than just the lead singer behind the Labelle's sixties monster disco hit Lady Marmalade; the Godmother of Soul still can put her younger contemporaries in the shade!

At 71 years old, LaBelle demonstrates an enviable work ethic and continues to tour regularly, rather than sitting back and relaxing in her twilight years. On-screen she has enjoyed a new turn as an actress, appearing in shows such as Empire, Dancing with the Stars and American Horror Story: Freak Show.

Reuniting in 2008 with the rest of the LaBelle members Nona Hendryx and Sarah Dash, together they Back to Now, their first full album as a group in 32 years, which featured a combination of new songs and singles recorded before the original Seventies break-up. The album was followed by a successful reunion tour.

Recently she appeared at the White House for the "Women of Soul: In Performance" concert, where she performed alongside the likes of fellow soul grand dame Aretha Franklin and younger artists including Ariana Grande, Janelle Monae and Jill Scott.

OMG I went to see her in orlando and she was amazing I just love her she... more

Patti is better than ever, if that's even possible! I have absolutely... more

Sound good to you? Share this page on social media and let your friends know about Patti Labelle at Artpark Mainstage.