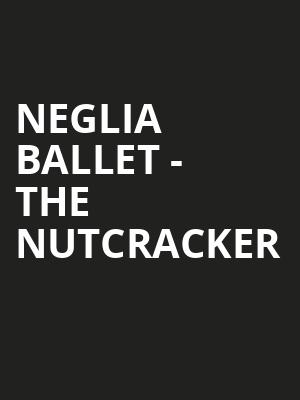 All images, logos and graphics are property of the production

Sure to be a holiday tradition, Neglia's The Nutcracker is the stuff childhood dreams are made of.

Why See Neglia Ballet - The Nutcracker?

A FIRM FAMILY FAVORITE IN BUFFALO

Join Marie as she embarks on her magical journey through a thrilling battle scene, breathtaking winter wonderland, and a delectable land of sweets. This ballet is perfect for all, whether you are a first-timer or a regular patron coming to see it for the umpteenth time; it will leave you agape and full of the holiday spirit.

WHAT IS IT ABOUT?

A huge Christmas Eve party is in full swing at Marie Stahlbaum's parents house. During the festivities, the mysterious godfather Drosselmeyer presents Marie with a beautifully made nutcracker doll she cradles in her arms long after the party ends. Falling asleep after the festivities, Marie is woken up with visions of her Nutcracker doll coming to life and battling an army of dancing mice and rats that have invaded the townhouse.

This nightmarish scene, complete with life-sized tin soldiers and cheese-firing canons concludes with a now-human Nutcracker prince defeating the rat army and Marie transformed into a grown-up version of herself opposite her handsome companion. After they journey to a frosty white forest, Marie and her prince mount an opulent sleigh that carries them both to the mythical Land of Sweets, ruled over by the benevolent Sugar Plum Fairy.

The dance scene in the second act is directed for your sheer entertainment, presented as a series of gorgeous short vignettes themed mostly after the dances of various countries, including the sensual and graceful "Arabian" dance, a high-flying Russian Trepak and perhaps the production's finest corps choreography piece, "Flowers".

Suitable for all ages

I saw the nutcracker performed by Neglia Ballet some years ago. I couldn’t... more

Sound good to you? Share this page on social media and let your friends know about Neglia Ballet - The Nutcracker at Shea's Buffalo Theatre.